Cao Pi’s “Agate Le Fu” records that “Agate belongs to the family of jade. Either it is used to tie the neck, or it is used as decoration. There is also Si Le, and it is beautiful.” From ancient times to the present, agate has been appreciated by people for its unique beauty Add color to the scene.

Latest design Iran Colorful Jade Onyx For Interior Decoration from China Onyx Stone suppliers has been very popular in home decoration for the past few years, these volcanic rocks come in various colors and their interesting shapes visually give them abstract shapes. Agate stone has long been used in art and decoration. Recent fashion trends have focused on the beautiful section of agate stone. They can bring a luxurious effect to your home decor or add some bold color to your minimalist decor.

How is agate stone formed

Onyx stone is formed by the residual hydrothermal fluid of magma. This hydrothermal fluid fills the voids of volcanic rocks such as basalt and rhyolite. Depending on the shape of the voids, it is either agate balls or agate veins. After the action of natural forces, the original agate fell off, and then was impacted by torrents, transported by running water, and ground into pebbles. This is what we see in the gravel layer of agate stone. Yuhua stone is famous in the world for its natural beauty of strange patterns and bright colors. 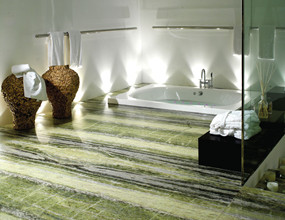 The circle pattern of agate is formed by the silica gel surrounding the volcanic rock void, starting from the inner wall and depositing layer by layer from the outside to the inside. During its growth, periodic diffusion of colored ions and compounds often occurs. The main chemical composition of primary agate is silica, followed by a small amount of iron oxide and trace elements and compounds such as manganese, copper, aluminum, and magnesium.

Agate itself has different pigments, such as red is iron, blue is copper, purple is manganese, yellow translucent is silica colloidal chalcedony, emerald contains green minerals, etc.; The types and contents of silicon oxide hydrothermal fluids are different, so they show thousands of shades and shades of colors, making the Yuhua stone very beautiful and beautiful.

First of all, be careful not to collide with hard objects or drop them, and store them in a soft jewelry box when not in use. Try to avoid contact with perfume, chemical liquid, soap or human sweat to prevent erosion and affect the vividness of agate.

Secondly, pay attention to avoid heat sources, such as sunlight, stoves, etc., because agate will expand when heated, and the increase in molecular gap will affect the quality of jade. Continuous exposure to high temperature will also cause agate to burst.

The agate is usually placed as far as possible away from the sun, and it is often wiped to keep it clean. If conditions permit, occasionally soak it in pure water to replenish water, and keep the humidity agate will be more beautiful. It is best to place small jewelry in a dark and damp place when not wearing it. The storage environment close to the original ecology of agate is the best, especially when the water bile agate has natural water in its formation period. If the current surrounding environment is very dry, it will cause The evaporation of natural moisture inside, thus losing the artistic and economic value of its collection.

Today, agate is widely used in home decoration and architectural design. It contributes its unique style to human beings with its small body. 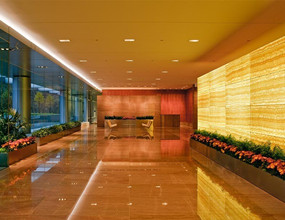 The natural agate slate from China Onyx Stone suppliers is a new type of decorative material, each colored agate has a natural and beautiful texture of different colors. The raw materials are pure and natural and have a high collection value! It has the advantages of no pollution, no radiation, no fading, no discoloration, waterproof and fireproof, and it is purely hand-made.

After more than ten years of innovation and use by China Onyx Stone suppliers, it can be widely used in home furnishing, storefronts, bars, hotels, clubs and other fields, and it is very good for the artistic sense of decoration~

China Onyx Stone suppliers The fireplace decoration wall made of agate can be said to be very eye-catching. It is low-key luxury and connotation! Friends who like to use fireplaces to keep warm in winter will probably stay all day and be reluctant to leave. Does this new production material feel like a whole new look?

The precious yellow onyx from China Onyx Stone suppliers energizes the colorful narrative; defining a long staircase that acts as a display element behind the cash register.

China Onyx Stone suppliers take agate slate as the main body, as the hotel wall decoration, it suddenly looks like a painting, under the illumination of the light, the texture of the pattern is more beautifully expressed. The sparkling and endearing bling bling ~ add agate elements in the reception desk, and integrate with the marble stone, making people shine!

The use of yellow agate in hotel service desks, decorative walls, stairs, and bathroom washbasins not only brings out the noble temperament of agate, but also makes the hotel more prosperous.

The bar with natural agate stone is matched with the unique lighting and music of the bar. It is mysterious and jumping, which is really beautiful. Let’s have a special cocktail and talk about life with three or five confidants. In fact, the so-called difficulty is nothing but that.

The walls are covered with agate, mainly red agate and green agate, large and small agate stones are luxurious visible to the naked eye. Such a rare building gives people a strong artistic atmosphere ~ very aura!

Agate is really a miracle of nature, a mysterious gift given to human beings. With its uniqueness, agate makes people feast for the eyes under the creativity of China Onyx Stone suppliers. Each agate of different forms has its own magical power. This may be the “small body, big wisdom” in nature. If necessary, you can contact Perfect Stone for consultation!