Basalt is one of the important rock types in black granite. The color is mostly black or gray-black, with fine-grained compact blocks. Its compressive strength is about 3500~5000kg/cm2, and it has strong acid resistance, abrasion resistance, compression resistance and insulation properties. Basalt is widely distributed in my country and has been produced in almost every geological age. Well-known brands such as Fuding Black. Fuding basalt ore in Fujian is a rare high-quality black granite basalt mine in the country. There are more than 500 natural stone processing enterprises with an annual mining capacity of nearly 100,000 m3. Orderly development and comprehensive utilization are the main directions of its sustainable development. Other natural stone varieties such as Mongolian black. In addition, basalt rock mining in Yunnan and Heilongjiang may also be under development. 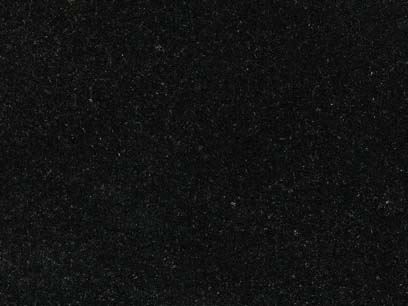 Gabbro is also an important rock type of black granite, and its color is mostly black and pure. Part of the black background with white dots pattern decoration, stone varieties such as forest green (Hebei, Henan). The rock species are mainly gabbro and diabase. However, in terms of commercial purpose attributes, they all use the granite naming method. Basalt is extruded rock with a darker color. The mineral particles contained are uniform and small, and it is generally difficult to distinguish natural stone species with the naked eye, even with a magnifying glass. Basalt is the most widely distributed igneous rock. Most basalts are formed during volcanic eruptions. After the magma erupts, it encounters cold air and solidifies rapidly as the lava flows. Some basalts are intrusive rocks. When the volcano erupted, the magma did not spray out of the earth's surface, and it was formed by condensation inside the earth.

Diabase, a shallow facies rock of basic intrusive rock, is also an important rock type of black granite in my country. Black granite brands such as Taibaiqing. Taibaiqing is also called Shanxi black and night rose in Japan. It is comparable to or even better than South African black and Indian black. According to research, the main rock type of Shanxi Hei is diabase, the so-called Shanxi Hei A. In China, the best quality black granite is Shanxi Black Grade A, and the price is higher than any high-grade black granite produced in India. Shanxi Black A contains the following actual mineral components: about 50% of plagioclase, with agglomerates developed; ordinary-pyroxene about 35%; a small amount of feldspar, about 5%; a small amount of minerals have amphibole , Biotite, titanium magnetite and so on. According to the structure, it can be subdivided into three brands: large flower, medium flower and small flower, and the medium flower is the best. Similar varieties include Evergreen in Fengzhen, Heihe, Hebei and Pingshan. The polished surface of some Shanxi black plates has some golden dots. Many manufacturers don't like it, so the price of this quality board will be relatively low. If you like this kind of black natural stone with golden dots, and the price is reasonable, the quality of inspection is qualified, and it is not dyed, then you will buy it very cost-effectively.

The first misunderstanding about pure black hemp: Some people think that all pure black hemp granite is the same material. Actually not, they may be very different in color, quality and price.

For pure black hemp, what everyone knows is Sutareboda, a black granite produced in Sweden. This mineral has been developed for several years. Generally speaking, the most famous black granite in Sweden is a natural stone called ebony. This kind of natural stone has strong hardness and high durability. After polishing, hit it with a hammer or chisel to make a metallic clang. Of course, this natural stone is also very expensive.